I won't be posting anything on Livejournal any more. I don't do much non-gaming-related blogging these days, but what I do do I'll be do-doing at http://fitz-publicdisplays.blogspot.com/

The reason for the change is because I find blogger's posting system to be more congenial, and it doesn't require me to pay them money to be able to do things like upload images direct from my machine.

This is an excellent, concise analysis of the events at the Daiichi 1 reactor at Fukushima following the recent earthquake and tsunami, and why we need not be afraid of nuclear power generation.

This is a similarly excellent overview of the situation in Japan right now from an english-speaking foreigner living and working there.

I recommend that everyone read both of them; it will give you a much better idea of the situation than anything coming from the hysterical news media.

I decided today to have reheated pasta for lunch. Nothing very novel there; I often lunch on reheated pasta. I put the pasta into a bowl, covered the bowl, put the bowl in the microwave, and hit the "GO" button.

Then I practically shat myself with fright.

At the precise instant I hit the button, somebody right next door started hammer-drilling into a concrete wall.

For just a second I thought the microwave was about to go up in a mushroom-cloud.

Ah well, I suppose it brought a little colour to an otherwise pretty boring day. What next, I wonder? Perhaps it's time to start collecting together the shattered chaos that is my workroom.... it wasn't that tidy before the quake, and now, well, it's quite a mess. Quite a mess.

Just in case you didn't know: Comics Compulsion are back in business, operating out of Tim's back room. They do have EftPos capability.

Warning: this is really just a whiny, grizzly rant about how I fear change and want everything to stay the same.


I'm not a highly skilled 3d modeller. I've used PovRay quite a lot, and back in the day I got pretty adept at hand-coding POV files. Then I found the MoRay front-end modeller for PovRay, and haven't hand-written a POV in many years. I really like MoRay a lot. I'm not that interested in rendering highly realistic scenes; I used it mostly to create greyscale "stage sets" so that I could set up lighting and what-not for drawing from.

Alas, when my last machine crapped out due to extreme old age, it was replaced by one which came with Vista pre-installed and no easy way to get Vista off and XP on. (It also came without any Vista recovery/install disks, and it won't make a set, claiming to have alrteady done so — I suspect because it was just factory-imaged from an install set that had already done one). I forget exactly what was missing from the XP installer I tried (SATA drivers, I think); I was promised a copy of an XP installer with them included by somebody, but nothing ever came of it. Eventually my soul was crushed by Vista and I came to accept the status quo.

Alas, PovRay and MoRay didn't work or play well with Vista. Not at all well.

The most recent release candidate for PovRay 3.7 does work with Vista, but MoRay still doesn't, and I've pretty much lost hope that it ever will, it doesn't appear to have been updated at all for several years. I've tried a couple of other modellers for PovRay, most recently Bishop3d, but none of them have been much good really; Bishop3d's texture creation system is obscure, to say the least, and its help files really aren't very helpful.

I've tried to teach myself how to use Blender, which appears to be very capable indeed (and is free), but I'm just stumped by its bizarre and idiosyncratic UI; it's massive overkill for my needs, and I just don't have the time or inclination to put in the many, many hours I'd need to learn how to manipulate it.

I've played around a bit with DAZ, but it seems to fill much the same niche as Poser, and isn't much use for what I need. I've played a bit with Google Sketchup, and it's vaguely useful for blocking in my "stage sets", but its shading and texturing is very primitive.

Annette's machine still has XP installed, and I can still use MoRay on that. But it won't last forever, and when that machine craps out, that will be the end. 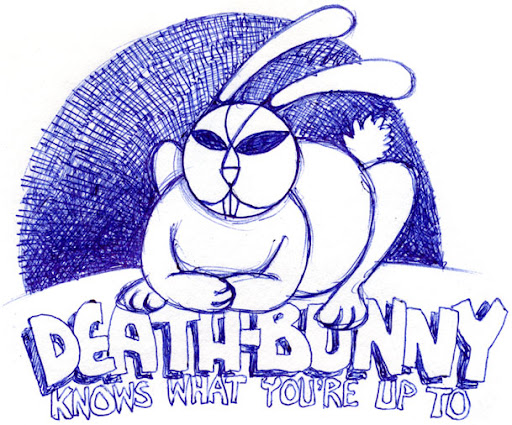 I just watched Ang Lee's Taking Woodstock. It's a good movie, though not one in which anything much happens except for a bit of self-realization and character development and that kind of stuff, and it does take a while to get going — which seems to be characteristic of Ang Lee's films, or at least the ones I've seen. I enjoyed it very much.

It sparked powerful nostalgic memories of my very first hippy druggy music festival, Nambassa, in 1977 or '78 I think. I miss hippies, even though they were often self-absorbed, sexist, and naive to the point of delusion. There was an optimistic, innocent enthusiasm about them that seems to have been missing in any of the subsequent youth cultures, and their spiritual descendants are often amazingly puritanical and judgmental, considering how enlightened and tolerant they consider themselves to be.

I guess they just don't make hippies like they used to.

Note (1) — the movie features an avant-garde hippy theatre troupe doing an unrecognisable adaptation of Chekov. My grandmother took me to see some of that sort of thing when I was quite young, maybe 8 or 9 years old, in the late '60s. I didn't understand it then, and I now it looks terribly, terribly earnestly wanky, but I suppose they meant well.

Note (3) — if you want to actually see anything of the Woodstock festival performances, this is not the movie for you. I'd recommend watching Woodstock instead. Taking Woodstock is a movie around Woodstock, not about Woodstock.

I had to set the alarm for 0600 this morning so Annette could get to the airport, but as it turned out I needn't have bothered. A handy convenient magnitude 5.1 earthquake woke us up right on time. Thanks, geology!

Lessons learned from the evening: